It’s been an outstanding outing for the national juniors at the recently concluded Asian Junior Individual Championships as Malaysia regained supremacy in the region.

The Squash Racquets Association of Malaysia sent a huge squad – a total of 31 players, just one short of the max quota of 32 players to compete in the eight categories – 4 each for boys and girls.

And the results were very encouraging as Malaysia claimed five of the eight titles at stake with three more runners-up finishes. On top of that, six more players also finished as semi-finalists, making this one of the nation’s finest showings in recent years.

Here is the breakdown of each age-group and its respective category.

Four boys took part in the Under-13 competition. Unfortunately, all four of them met each other in the second round with Low Wa Sern getting the better of Abdul Fahmi Basir and Wong Lee Hong taking out British Junior Open Under-11 champion M. Nickhileswar.

Wa Sern enjoyed another a fine showing in the quarter-finals as he dispatched of top seed Avalokit Singh of India but came short against Lee Hong in the semi-finals. And Lee Hong would go all the way as he eventually defeated Christopher Buraga of the Philippines for the title.

There were some expectations on British Junior Open Under-13 runner-up Harith Danial but he would come up short against compatriot Shamiel Haeyzad Sharulhisam in the second round. Shamiel was in turn beaten by top seed Mohammad Hamza Khan of Pakistan in the last eight.

Meanwhile second seed Joachim Chuah had a solid tournament, making it through to the final without dropping a single game. He however just fell short against Hamza in the final.

One category which produced a surprising finish. Amir Amirul was the top seed and favourite to do better than a runners-up finish in 2018. But he came up short against the fast improving C. Ameeshenraj in the quarter-finals. British Junior Open Under-15 champion Ameeshenraj who is plunging into the Under-17 category for the first time, almost pulled off another upset in the last four but just narrowly lost out in five games to India’s Neel Joshi.

In the bottom half of the draw, Nathan Kueh enjoyed a superb tournament as he battled
illness and a two-game deficit to beat compatriot Duncan Lee in the semi-finals. The Sarawakian once again showed great fighting spirit in the final as he bounced back from an opening game loss to defeat Neel. It would be the 16-year-old’s biggest career win so far and a very well deserved one.

An underwhelming showing by the boys in this category with Siow Yee Xian and Danial Nurhaqiem both succumbing to pressure in the top half of the draw to the same player – India’s Veer Chotrani. Joint 5th-8th seed Danial lost a close three-setter in the second round while top seed Yee Xian blew a 2-1 advantage to lose in five in the quarter-finals.

Elsewhere, Wee Ming Hock lived up to his seeding by making the second round before losing in five to 3rd-4th seed Tushar Shahani of India. Second seed Darryl Gan was however a disappointment too as he was easily beaten in straight games by unseeded 14-year-old Pakistani Hamza Sharif in the last eight.

A top showing by Anrie Goh in this category. The Kedahan was simply outstanding all week as she first fought back to beat Hong Kong’s Au Ling Yu in the quarter-finals then whipped top seed Anahat Singh in the semi-finals. In the final, she overturned a two-game deficit to beat Hong Kong’s Kwong Ena for the crown.

Its also a good week for the unseeded Doyce Lee as she took out two seeds en route to a semi-final finish. Whitney Wilson and C. Sashmini also put up promising performances although this was not to be their week.

Aira Azman showed that she’s truly a class above in this age-group as she pretty much powered her way to the title. Its her fourth straight Asian Junior crown, having won the Under-13 title in 2016 and 2017 and the Under-15 title in 2018.

The trio of K. Sehveetrraa, Yasshmita Jadishkumar and U. Thanusaa also put up a good showing and fought hard on court before bowing out respectively. A promising performance from the trio indeed.

A week to remember for Yee Xin Ying as she shows that she is finally emerging from the shadows of those before her. The left-hander claimed a big win over fellow Sabahan and second seed Jessica Keng in the semi-finals. Unfortunately, she found top seed Chan Sin Yuk of Hong Kong just too hot to handle in the final.

Meanwhile the trio of Jessica, Wong Heng Wai and M. Kiroshanna will not be too happy with their results as they will have felt they could’ve done better.

Chan Yiwen went in with a lot to prove and she certainly did right by justifying her top seeding and becoming only the fourth Malaysian girl to defend the Under-19 title. Her win over Aifa Azman in the final, was the first time in a long while she has gotten the better of the Kedahan.

Aifa meanwhile will be disappointed at failing to take her chances but will surely bounce back for the World Junior Championships. Meanwhile its also a decent showing for Ooi Kah Yan who made the semi-finals and Noor Ainaa Amani Ampandi who finished in the top eight.

A total of 8 Malaysian took part in the Golden Open that was held in Kalgoorlie, Australia. But it wasn’t the best results for everyone with the likes of Ong Sai Hung, Siow Yee Xian and Wee Ming Hock all crashing out in the early rounds.

The trio of Addeen Idrakie, Syafiq Kamal and Darren Rahul Pragasam all made the semifinals with the latter also impressive in defeating fourth seed Bryan Lim. But it will be another disappointment for Addeen as he again lost to Japan’s Ryunosuke Tsukue in the last four.

Second seed and world No. 93 Syafiq made the final but he too was unable to get the better of Tsukue, losing in four games as he missed out on a chance to nail his second title of the year.

Three Malaysians took part in the event in Kalgoorlie with Aika Azman and Lai Wen Li only making the quarter-finals. Chan Yiwen would claim the win over the fourth seeded Wen Li as she gatecrashed the semi-finals. She was however no match for top seed Vanessa Chu of Hong Kong in the last four.

Wen Li would be the only Malaysian taking part in the New Zealand meet and it proved to be a week to remember for her. Seeded first, the Sabahan took on all comers as she powered into the final where she would face homester Emma Millar for the title. And having came short in a few tournaments earlier this year, the 19-year-old finally came through to win her maiden Professional Squash Association (PSA) Tour title. The win also saw Wen Li named the PSA Player of the Month for June. 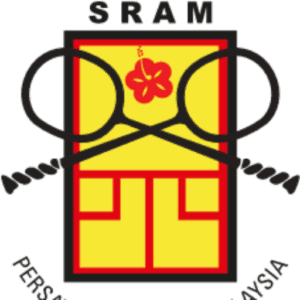 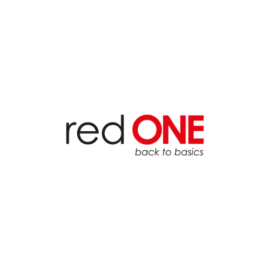